The Effects of playlisting music in NetEase 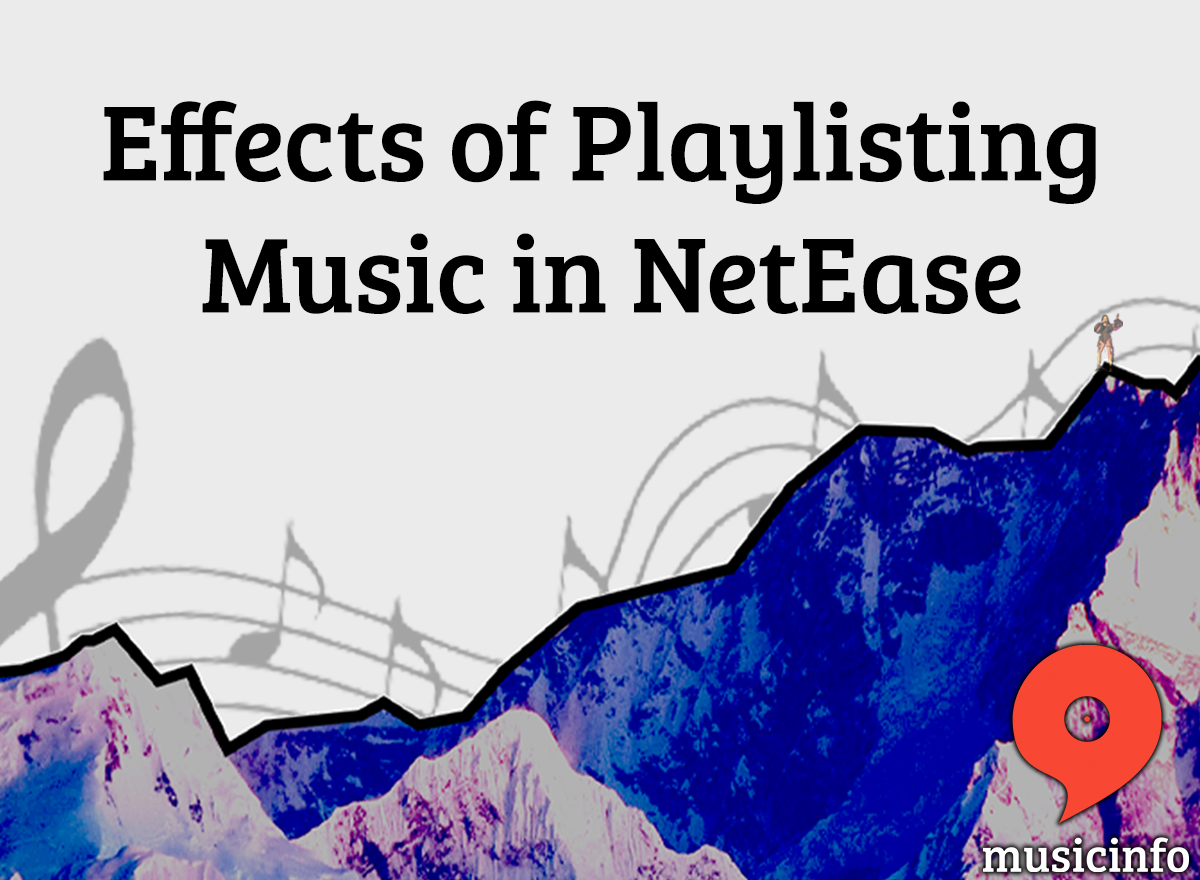 During the past couple of years we have playlisted numerous songs in all possible genres to popular playlists in NetEase for at least one month at a time. Immediate effects can be seen by looking at the comment section of the playlisted song: Comments! So many comments! From new people who actually listened to my song! If people like the track the positive comments tend to pile up and if not, well, that’s their loss if they cannot appreciate your art.

But what about the effect playlisting has on the amount of streams, to the cold hard numbers, the raw data which doesn’t lie? Until realtime reporting is available from China, we have to make due with quarterly reports, but have them we do! I examined the streaming numbers from a handful of our artists who had playlisted their music to NetEase. The effects are clear: Playlisting works as long as the song is pushed to a fitting playlist. I don’t want to brag, but we at Musicinfo are quite good at arranging the perfect playlists. Unknown artists have gotten a tremendous boost to their visibility by playlisting their music. Obviously I can’t reveal the names of the songs or our artists, but here are four examples in visual form of the actual effects of playlisting. Each bar represents the amount of streams for one month. 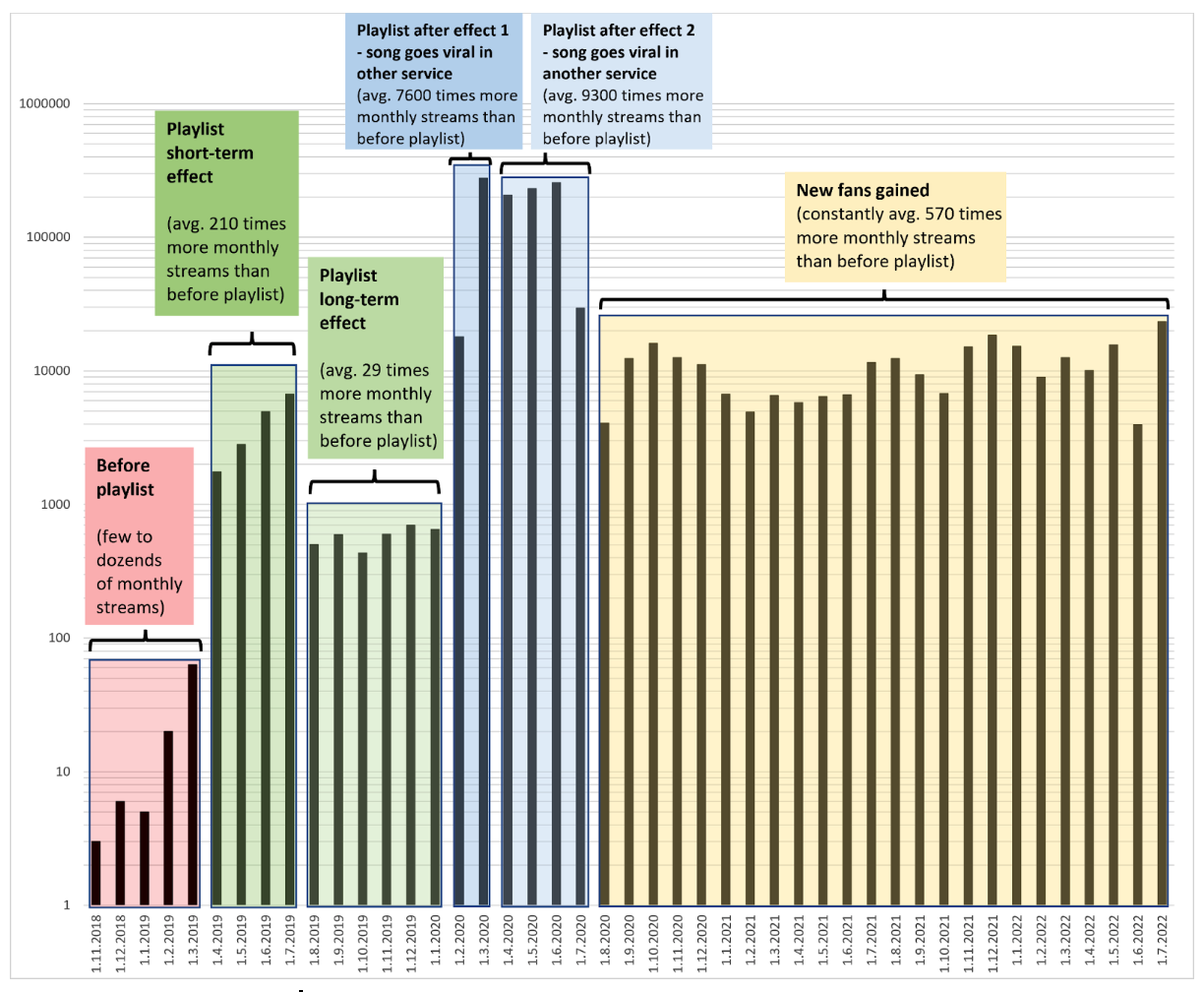 As we can see, playlisting seems to have some nice after effects to other streaming services even a year after the playlisting happened. When the apparent after effects have cooled down, the artist has clearly gotten some new real fans who consume the music on a regular basis. 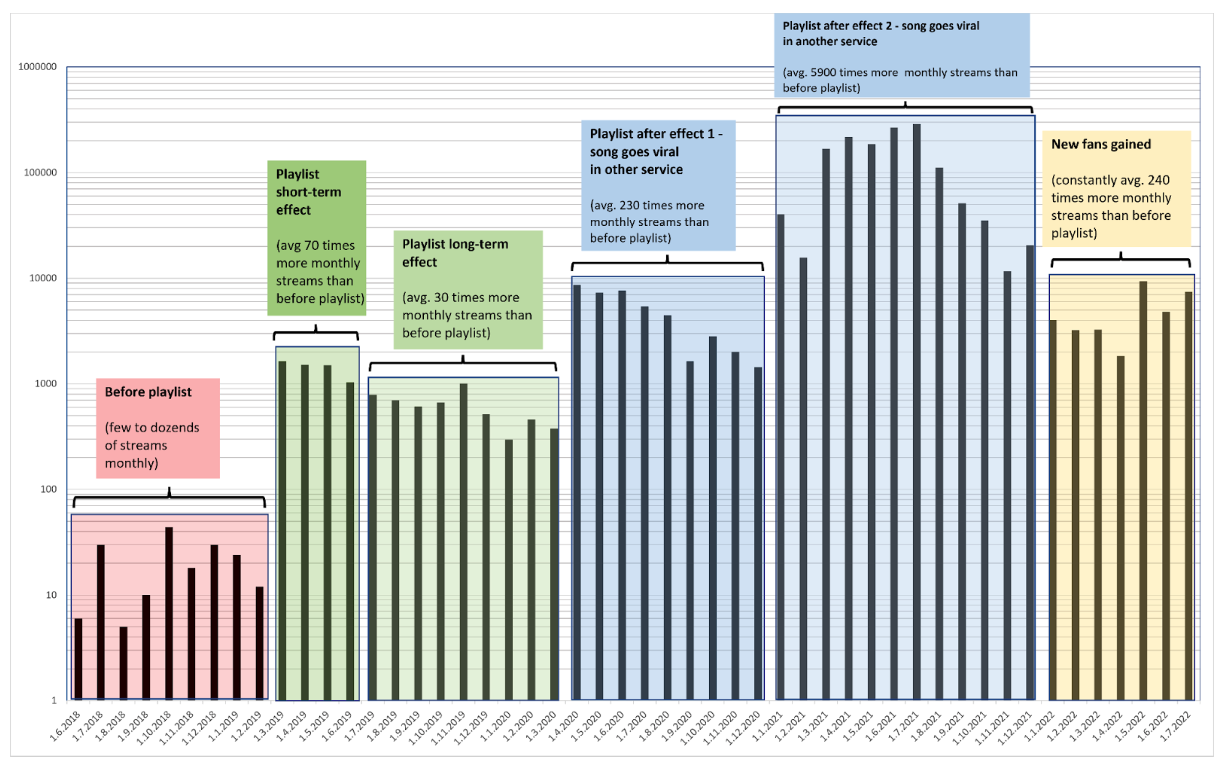 This example tells the same story as example 1: After the initial effects, the snowball effect begins and other streaming services start pushing the song to their listeners. After that, the new fans remain and the streaming rates are much higher than before playlisting. 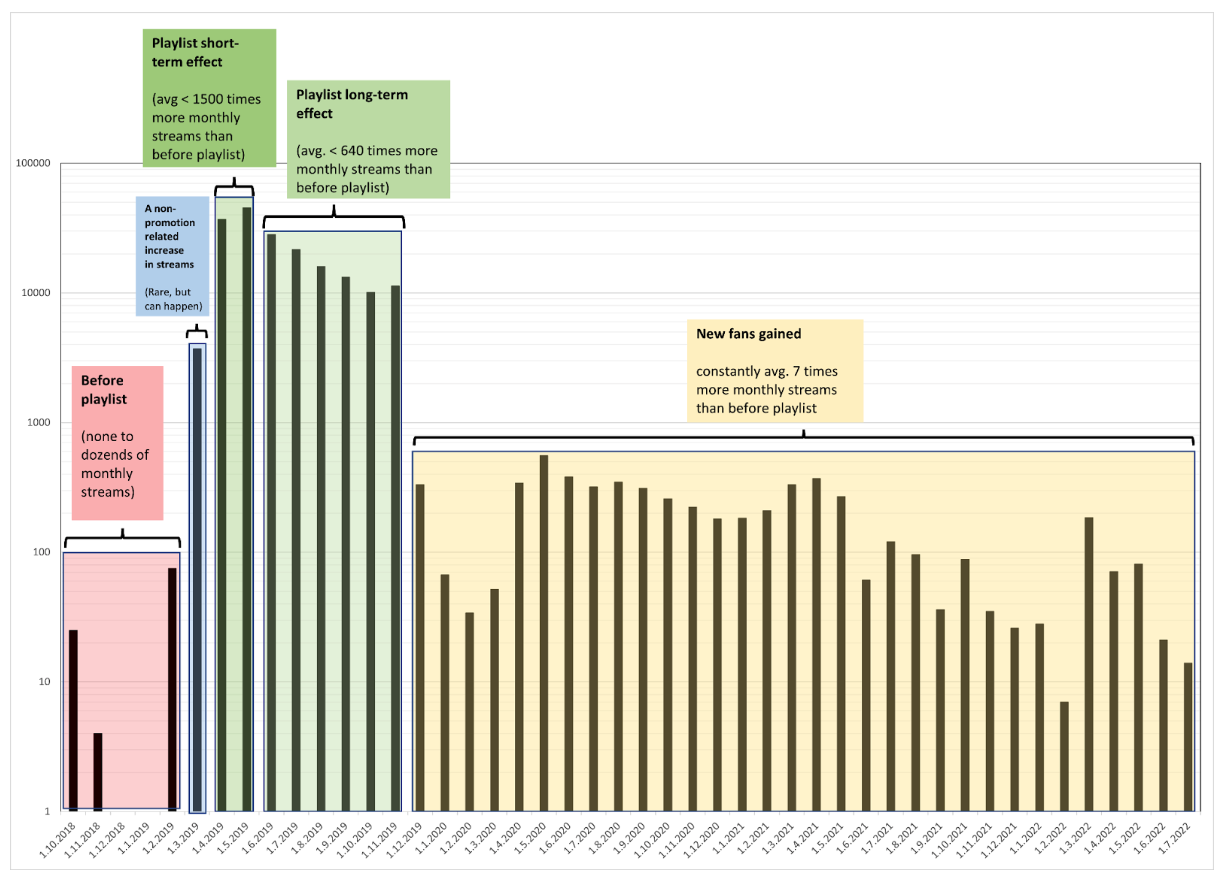 Here we see that one month before playlisting, the artist’s streams grew substantially organically without any other promotion, so it is possible to suddenly get a boost in your streams or even go viral without doing anything. However, the effect of playlisting is obvious and more lasting than the initial bump. 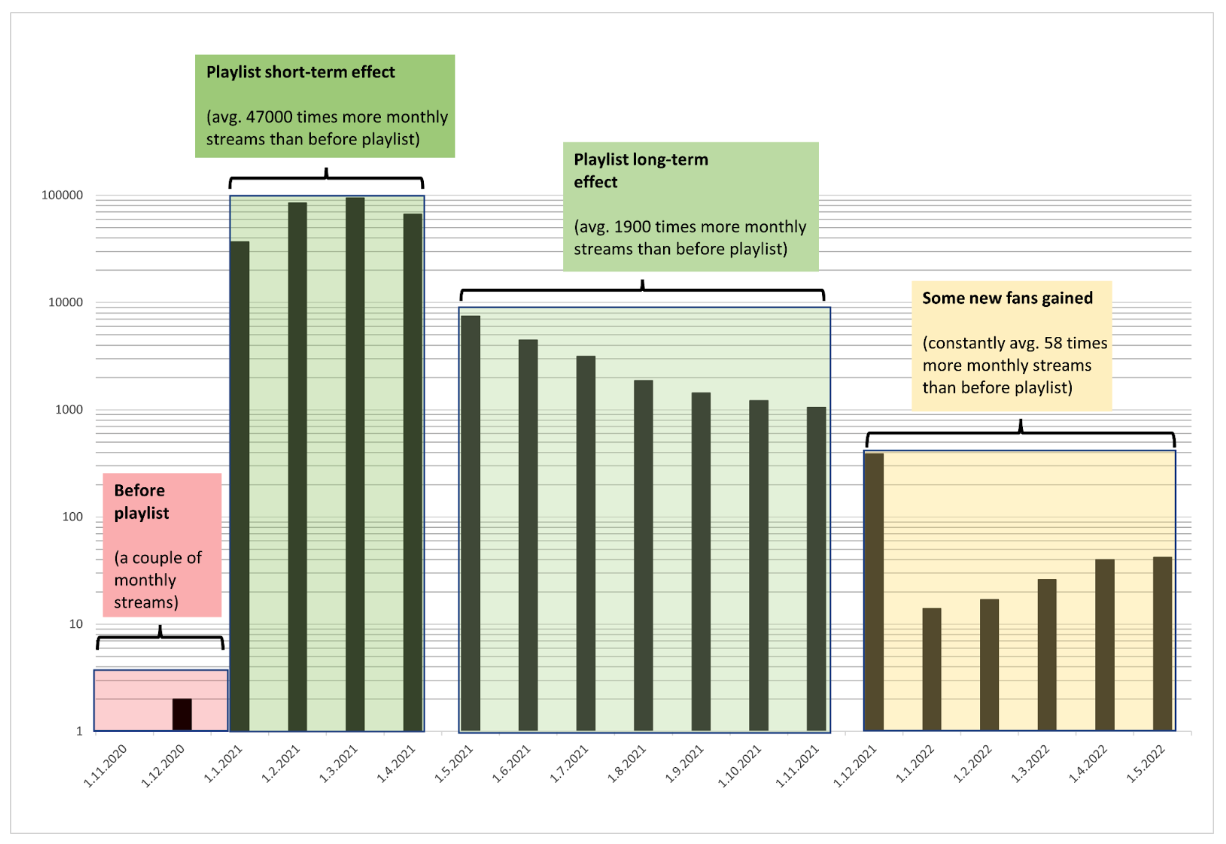 This example shows the effect of playlisting in a more simple manner. Playlisting makes the streaming amounts explode, and after a few months those who really liked the music have stuck along for the ride.

I have many more examples, but these four illustrate the typical pattern and show the effectiveness of playlisting your song regardless of genre. Remember that many listeners in China have a great taste in music, but not the energy or the time to find the hidden masterpiece from the depths of the streaming services. If you pitch your music to a playlist, you’ll make everyone’s life better: You get your music the exposure it deserves and the listeners can find their new favorite artist easier, bringing us yet another success story to our hands.