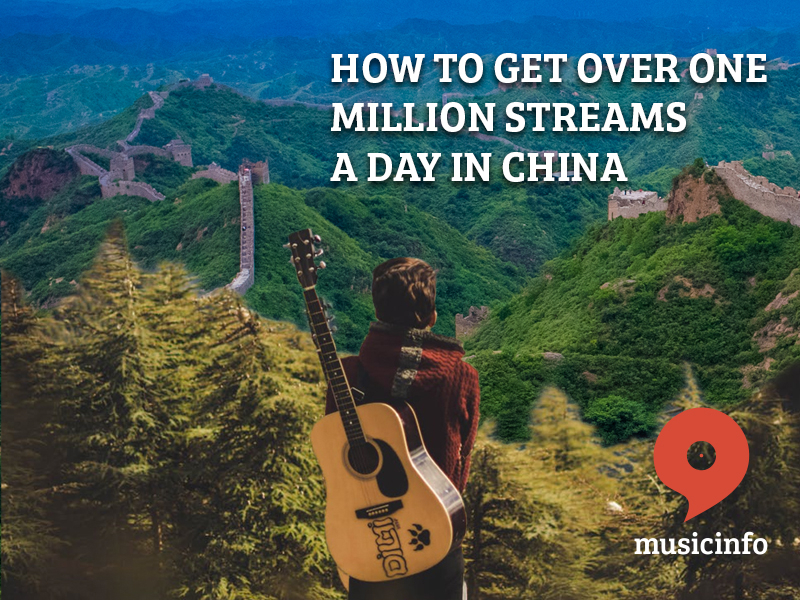 There are now 12 distribution services that offer your music to the growing market of China. Almost all the established distribution institutions you are familiar with and then some. Lets see what they actually offer and why just now.

China is a mix of ancient history and cutting edge technology. The modern culture of the young generations are embracing the trends of the mainstream. But China is built on old tradition so finding their voices independent from the establishment they are identifying with outside influences like never before.

The audiences in China are hungry for outside cultural influence and have the resources to consume. This is the reason that Tunecore, CDbaby, Soundcloud, and the rest have now added China to their roaster of distribution territories. Viable opportunity. But not all opportunity is equal. This is how you find your audience in China.

If you haven’t heard of Tencent you probably have no idea about the music market in China. Tencent is the Warner, Sony and Universal all in one. And if you are signed to one of these your music is pushed hard mainstream by their promotion engines and is probably getting millions of streams a day already.

Tencent also brings you WeChat, the Facebook of China.

Tencent brings your music to the Tencent Music Entertainment (TME) streaming channels: QQ, Kuwo and Kugou. They are your Spotify, Deezer and Pandora.

Then there is Netease Cloud, which is like your Tidal or what have you.

And now gaining more tracktion is Alibaba’s Xiami, which is like your Amazon Music.

This is your mainstream, and all your favorite distributors like CDbaby and Tunecore and the rest offer you TME, a few less offer you Netease and even fewer offer you Xiami.

But there are many other music and media services that no one talks about or has even heard before. When choosing your distributor look carefully at the amount of services in China they can provide for you.

How does music streaming work in China?

It works the same as it does in the rest of the world. Your music is tracked and its usage is recorded via ISRC and UPC codes. Your music accumulates royalties per play or download and varies greatly depending on the type of the listener and the service provider. Free listeners generate royalties by way of advertisement and premium listeners generate royalties based on subscription fees.

Getting your music to TME, Netease and Alibaba is all fine and good. Any conscientious recording musician will have their music on Spotify, some video on YouTube, a webpage and artist profile on social media just so they can be easily found. This will get your more streams than just sitting twiddling your thumbs.

The same thing goes when establishing your musical presence in China. Get your music on the mainstream channels and get some video and social media presence so people can find you.

You do this like every diligent musician and you're bound to compete with every other musician in the mainstream. Unless you have endless resources to push your self-driven promotion engine you’re going to get left in the dust.

Let’s take a look at the breakdown of your chances to get streams outside China. This was the real life scenario of a day in the life of your song last for year.

Your song would have competed with a Spotify’s 50+ million songs and with Soundcloud’s 200 million songs as well as the other streaming song catalogues.

According to Buzzangle 2019 Year End Report:

So roughly, if your song is not in the top 1000 you are fighting with the other 249.9 million songs to share the remaining 817 billion streams. And if shared evenly would leave your song with just over 3268 streams for the whole year, but we all know that isn’t how it works.

How to Get Over a Million Streams a Day in China

Get your music the most extensive reach to all the audiences of China.

Establish your presence in China with video and social media.

Promotion is a career in itself. The amount of time, resources and financial backing you have to spend in promotion will influence the usage of your music.

Your physical presence in China performing live for your audience will leave a lasting impression on your listeners. But for most musicians these options are not viable. This is what you can do now!

Every channel has its place

You are an established career musician backed by a label connected to one of the majors. Your music is in China via mainstream channels and getting plays from the promotion engines afforded to all the mainstream artists. Great!

Most indies do not have this luxury and must be more vigilant and creative to find their place. And a bit of insider knowledge doesn’t hurt.

What China can offer you as a single country are the massive numbers. The amount of services available to you is not limited to the typically known services. There are tens if not hundreds of music services that your music could be made available to, and this is just one country. 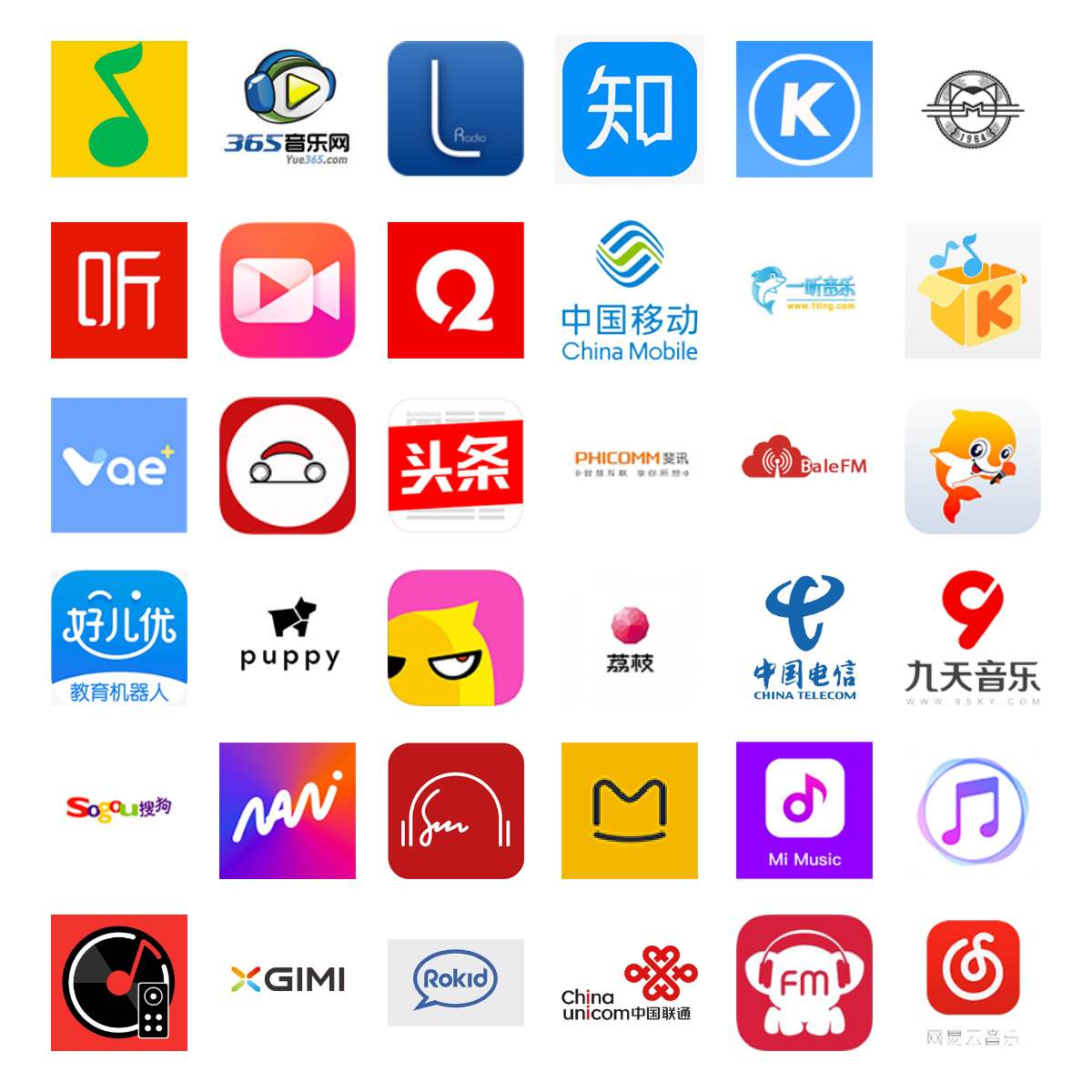 As one of the world leaders in AI there are now many music services in China that implement AI. This levels the playing field. An AI system is non-discriminate and can browse the catalogue on search criteria not specifically by name. This brings more value to the music by stripping away the shiny cover allowing unknown artists’ music more opportunity to be streamed.

One of the most lucrative music services for independent artists unknown to most is Ximalaya FM. The biggest audio platform with over 450 million users, uses an AI system that allows listeners to create their own radio stations.

Expand your reach to more than music streaming services

With the rise of short video and vlogging, video editing software is in high demand. New apps keep popping up in the headlines, as well as news apps that promote these headlines. Keep your eyes open for podcast, news, and video apps that can integrate your music in the user experience. Here are just a few to look out for.

Meitu is a video and editing app mostly used in China, now available in Google Play and the Appstore. It is the number one beauty app worldwide.

B612 is another beauty and camera app that brings the selfie to a whole nother level.

Mafengwo is a travel app #33 travel app in the world that makes it possible for users to share their experiences.

These only a few of the possibilities mentioned here that will help you collect streams. There are many more. So don’t stick to the mainstream and get buried in the millions of other songs. 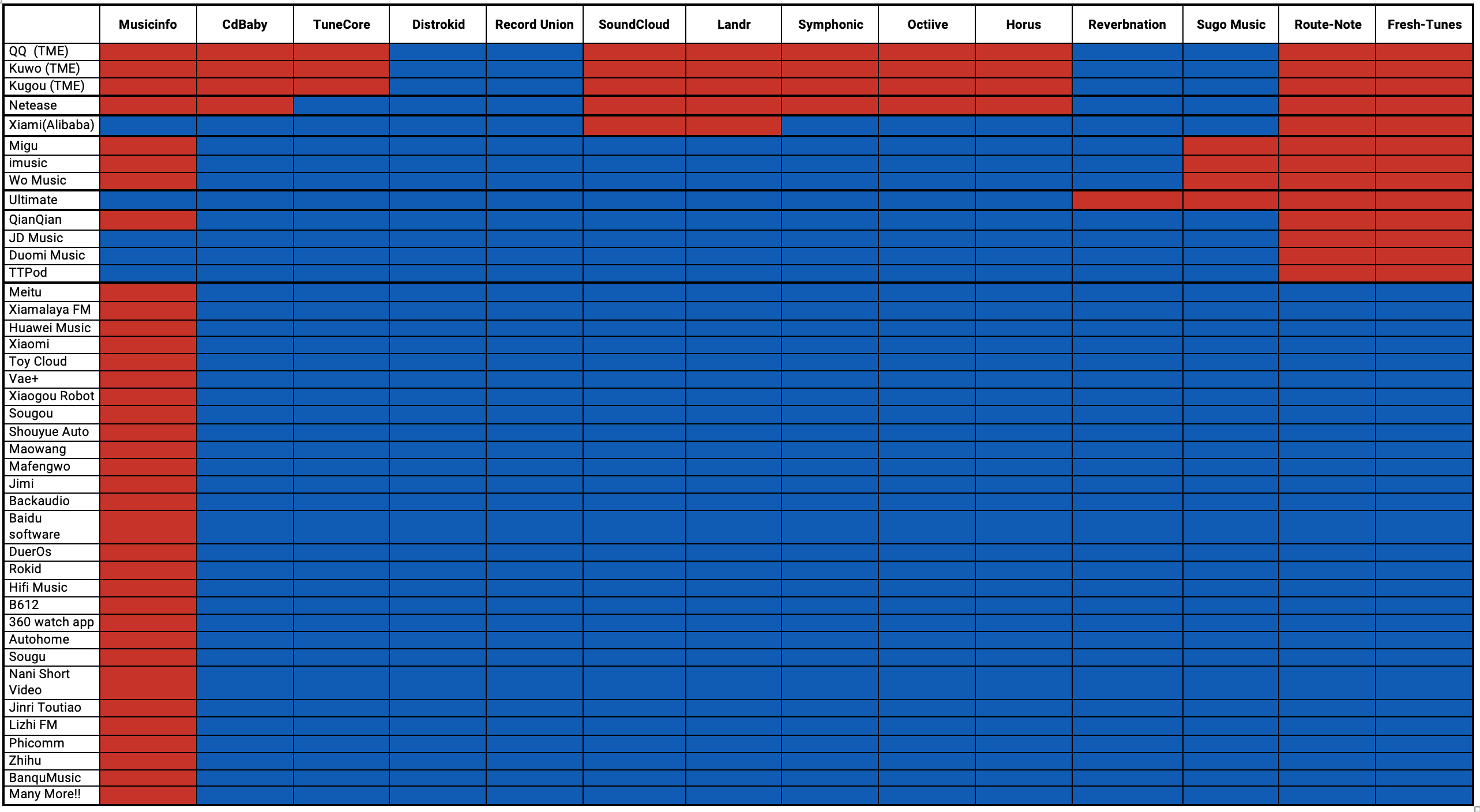