Happy Valentines! If music be the food of love, play on! Romantic Chinese Love Songs 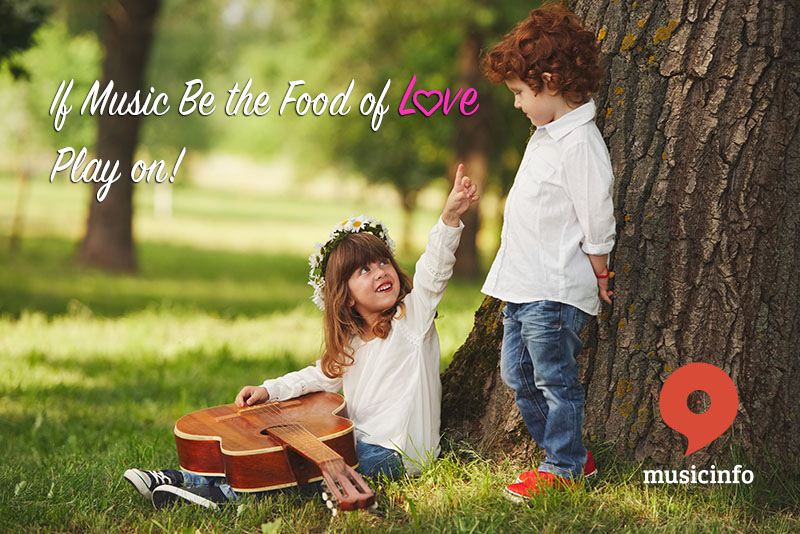 If music be the food of love, play on!

Romantic love, this is a recurring theme in songs around the Globe, no matter which culture and language we are talking about. Cathy Keen from the University of Florida analyzed Top10 Billboard songs from two eras, 1968-1971 and 2002-2005 to find out that 60% of the songs in modern era and 50% of the songs in classic era were about love [1]. We could not find a similar study from China, but our sources in the Chinese music business all had a professional guess that about 70%-80% of the pop songs in China are about love. Like in the western countries, also in China Valentine’s day is a big event to celebrate love and affection. Here are some Valentine’s day playlists from QQ music:

Western Valentine’s Day love songs that I want to listen to with her. 2.8M streams.

30 Western male tracks to get your girl on Valentine’s day. 3.55M streams.

Also seems that good old love ballads are hitting the spot in China, check out our artist’s, Tian Tian Fei’s music video The Real You on Chinese video sharing platform YinYueTai. Over 3M viewers, not bad.

The music and love theme has also been present in musicology and evolutionary psychology research. It was Darwin who first proposed that music is the language of love, a courtship signal to show superior fitness and intelligence to attract potential mates [2]. Darwin concluded that every other animal producing music including birds, monkeys and whales, do it to show off to the other gender, why would humans be any different? Modern research has been trying to find out if there is any empirical evidence to support this hypothesis. One research showed that a man asking a phone number from previously unknown women, was more successful in his endeavor if he was carrying a guitar case, compared to carrying nothing or carrying a sports bag [3]. It has also been shown that as a man, it is much easier to get Facebook friends representing the opposite gender, when you are holding a guitar in your profile picture [4]. In my own thesis I studied if romantic hints could result to more creative piano playing and found out that at least the hints led the playing to be more “charming” according to the judges listening to the playing [5]. These studies are fun and useful as preliminary studies, but the evidence supporting music as a courtship signal is still far from conclusive. Love, what a mystery…

Besides romantic love, love refers also to different kinds of affects such as compassion and caring about one another. Here at Musicinfo this an important theme for us, we want to take care of our artists and we would not exist without you. So Musicinfo loves you all <3<3<3. If you are still thinking what to purchase for your friend as a valentine’s day gift, maybe consider Musicinfo giftcard. In the words of one of the dopest love lyricists of the 16th century, called Shakespeare, “If music be the food of love, play on!”.