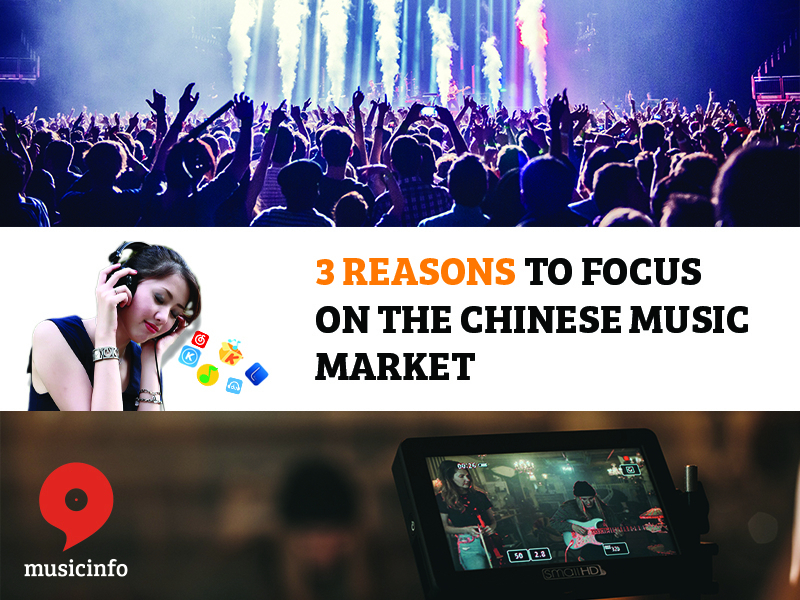 1. HUNDREDS OF MILLIONS OF NEW LISTENERS AND COUNTING!

In China, Western social media and music streaming services are blocked. This means no Spotify, Apple Music, Facebook, Instagram or Youtube. However, digital music streaming in China is still a multi-million-dollar market. China has its own dedicated music platforms, and the musical appetite of Chinese audiences is huge.

In China, Tencent Music Entertainment Group (founded in 2016) owns the top three music streaming apps: QQ Music, Kugou and Kuwo which collectively draw a total of 660 million active monthly users as of December 2020. To put this in perspective, Spotify, the leading music streaming platform in the West, currently attracts only 345 million subscribers. Statistics show that China’s music market is continuing to grow rapidly; In 2020, the digital music industry in China was estimated to generate an annual revenue of approximately 13.2 billion yuan, posting a 30.4 percent growth compared to the previous year.

Instagram and Twitter have gone some way in dissolving the barrier between music, artists and fans. China has taken this a step further through boosting interaction opportunities among music communities through integrating these functions into their music streaming services and social media.

Chinese streaming services rely heavily on user interaction and user-generated content like audience-curated playlists, very active forums, comments sections and virtual “party rooms.” Recommendation algorithms on Chinese platforms are designed to prioritise user preference data including lyrical content, genre, beats and even user comments over popularity. This means the recommendation system can make suggestions when the song or artist has little or no play history which can be of great benefit to new or lesser known artists.

As well as distributing to streaming services and promoting your tracks on social media, sync licensing is a great way to get your music noticed in China. Getting your music featured in films, games and adverts is now easier than ever. At Musicinfo, we work in cooperation with Chinese sync licensing services like Musiness (and Taihe Music) to pitch music from our distribution roster. To request more information about sync licensing opportunities with us get in touch at: han.zhang@musicinfo.io