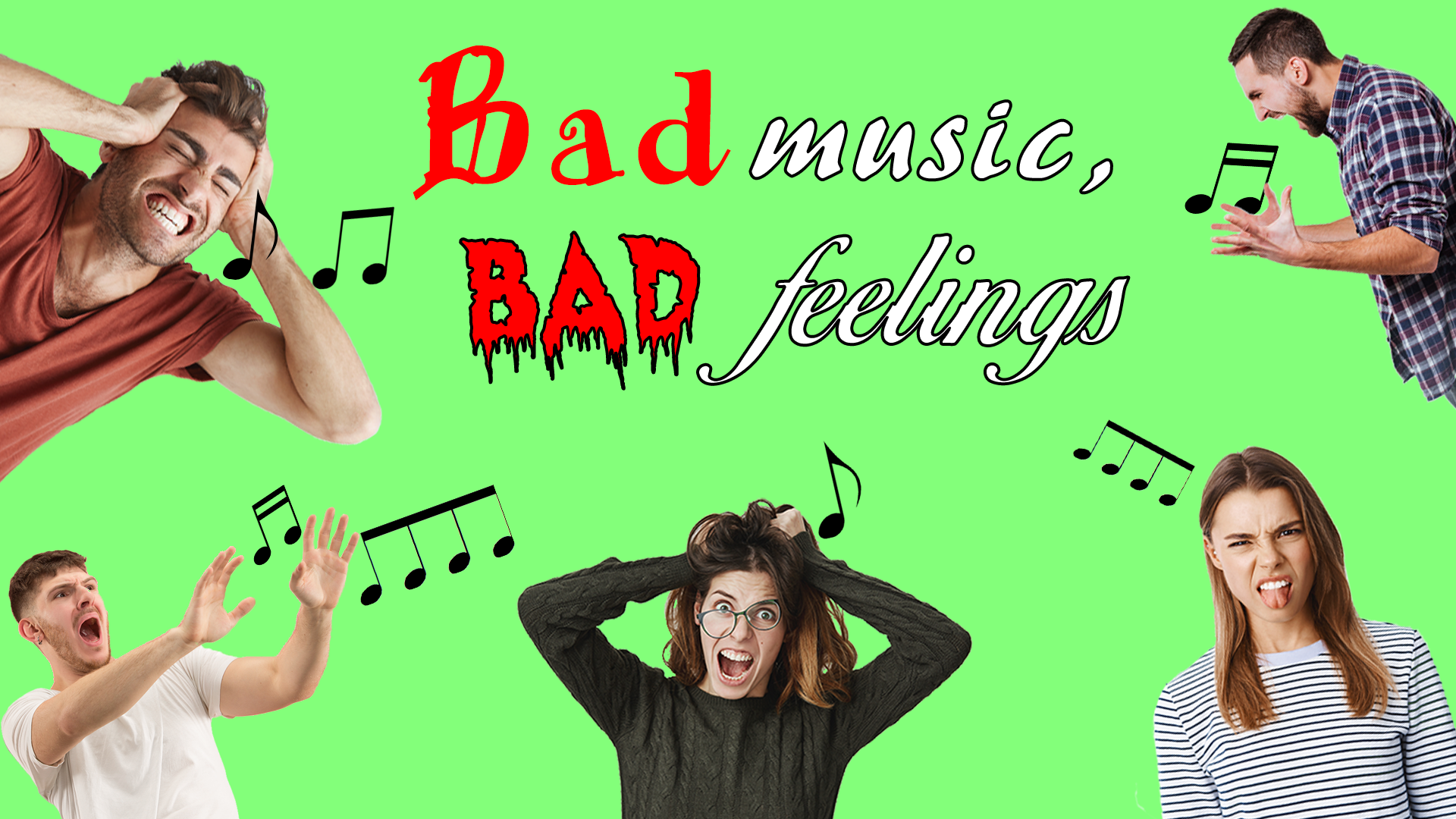 “I start feeling nervous, I’m biting my teeth and feel restless, I have this urge to hit somebody in the face.”

“I feel a little nauseated, have this bad feeling in my stomach, my body becomes tense and tries to find ways of escaping the situation.”

Sounds familiar? Maybe you've had similar feelings while stuck in traffic, being sick or after a sleepless night. Actually these quotes are not from any of these situations, but from participants of a recent study about the effects of listening to aversive music. This topic has not been researched much in the past so senior lecturer Henna-Riikka Peltola from the University of Jyväskylä and associate professor Jonna Katariina Vuoskoski from the University of Oslo contributed to filling an interesting gap in the field.

Participants of the study gave free descriptions of the musical features of music they considered aversive - “unpleasant, disliked, or appalling”, physical sensations, mental imagery and thoughts it evoked, and described the contexts it was usually experienced in.

In addition to evoking strong pleasure, music can also elicit strong negative emotions and reactions. Aversive music evoked strong bodily sensations, it was experienced as personal attacks towards the listeners’ agency, musical identity and social or moral attitudes and values.

Insulting lyrics, aggressive sounds, superficiality, and an excessively experimental approach were some of the musical features brought up in the descriptions. When it comes to feelings and bodily sensations anger, tenseness, nausea, unpleasant chills, sweating, and shallow breathing were mentioned. Music could also give the feeling of being left out due to the social groupings different tastes can create and give rise to the feeling of not being in control and can bring on the urge to escape from the situation the music was played in.

How can such a seemingly harmless stimulus as music provoke all of these strong responses?

There are a lot of theories regarding the different responses. It is possible that negative effects from aversive music can create “fight or flight” tendencies and when they are involuntarily listened to, it can be seen as a form of affective mind invasion; as a weapon for violating personal and physical space. It is also studied that moral aversion and disgust might be linked on a deep level within our psyche and that we have a “built-in” association between negative affect and the anger/aggression response. Read the article to get the full picture about the interesting theories.

All in all, the power of music to produce both good and bad experiences is amazing. So go ahead and listen to some music you don’t like and observe how you react. Try to figure out what it is that you don't like in the music and why. Maybe you can learn to like it or at least tolerate it. If not, you might at least learn something new about your music taste and perceptions of music. Also keep in mind that exposing yourself to “bad” music can make the music you like sound even better!

To get some inspiration you can start by going through the list of music on Wikipedia considered to be the worst.

To find new good music, you might want to check out our Spotify playlists featuring our Musicinfo artists handpicked by our marketing team.