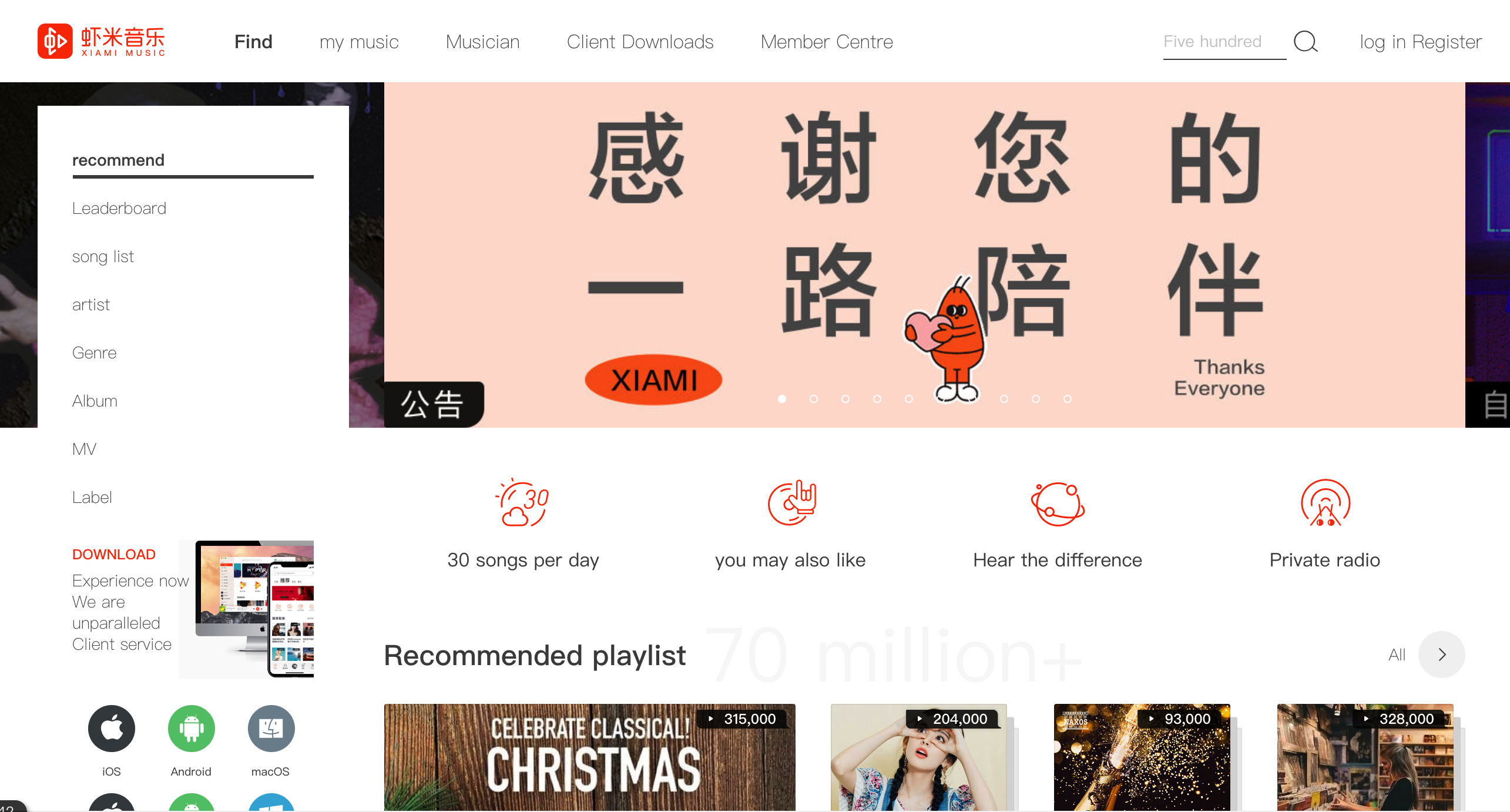 Xiami translated as “Small Shrimp” is a hipster music streaming app was bought by Alibaba in 2013. Xiami’s recommendation algorithm was particularly admired by China’s indie community by recommending less popular music instead of pushing whatever was on the top charts.

Unlike its competitors Xiami is known to be more focused on music and attracted more diverse listeners wanting to discover new sounds. It’s magic to attract listeners is its engaging social interactive design to draw users into the music and platform.

"Due to operational adjustments, we will stop the service of Xiami Music," the online music arm of the Chinese e-commerce giant said on Tuesday on its Weibo account, adding that the closure will occur on February 5.

However, it does not mark the end to Alibaba’s participation in the online streaming market. In September 2019, Alibaba invested US$700 million in one of Xiami's competitors, NetEase Cloud Music.