Nourish you Brain with Music 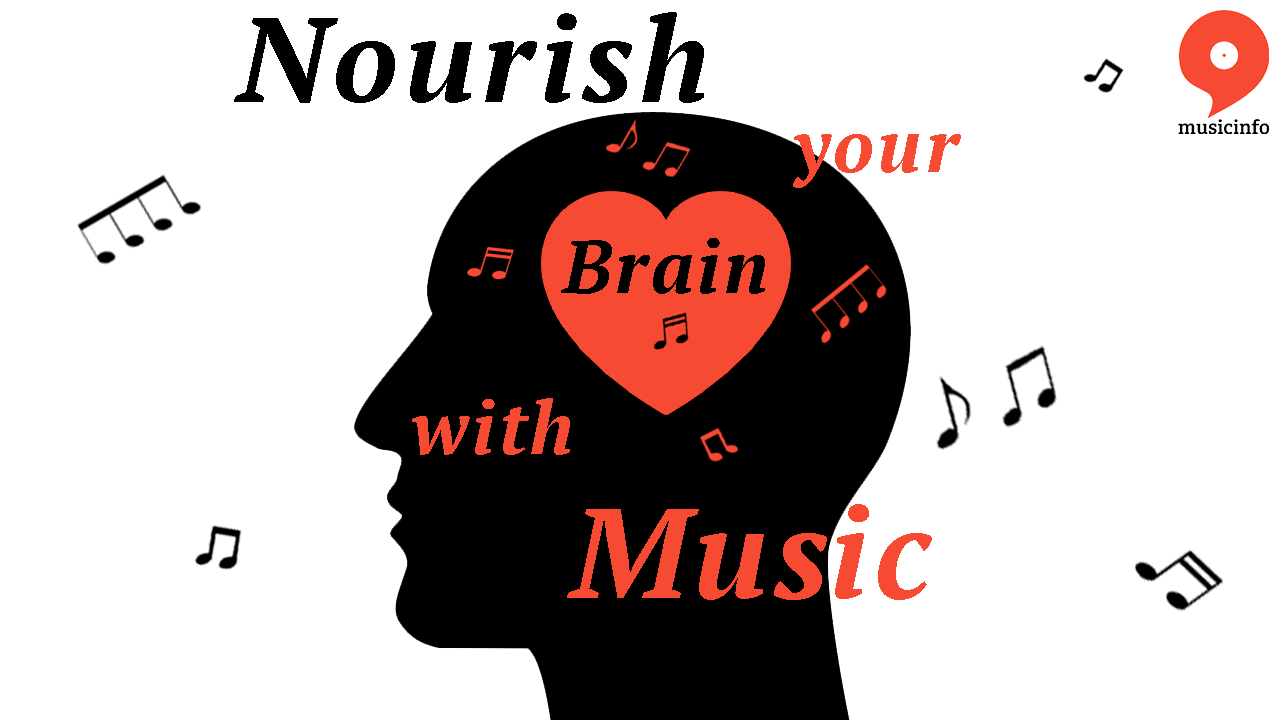 We all know the good feelings music can give us - it can cheer us up when we are feeling down, calm us when we feel tense, give us chills, thrills, tears, joy, bring us closer to other people and much more. It can also give us strong negative experiences as we saw in our earlier blog.

In addition to the emotions it evokes and the social experiences it gives us, music has the power to build us up, heal us, and supercharge our brain - quite literally! So let’s focus on the good things music has to offer in this blog.

Brain scans have shown that musicians have more gray or white matter in their brains compared to non-musicians due to practicing. Playing an instrument widely activates brains, requiring precise auditory processing, motor coordination, concentration and cognitive agility. Changes in many sections of the brain can be seen as soon as after 15 months of training. Musical prowess and training can also be seen in many skills not related to music: memory, attentiveness, socio-emotional skills, better understanding of emotions and the processing of musical and linguistic sounds. Many of these skills and attributes seem to be maintained until old age for those who have practiced music since they were young. So if you are a musician, you might be nothing short of genius ;)

Starting musical training as an adult -  The highway to happiness?

Starting musical activity in adult life also has many wellbeing benefits. One study showed that music-learning in older adulthood can enhance wellbeing by giving subjective experiences of pleasure and self-satisfaction through musical progress when individuals can develop their abilities to make music and fulfill musical ambitions. Musical activity can also enhance social interactions. Other studies have shown that music-making in old age can also offer powerful benefits to health and wellbeing such as contributing to recovery from depression and maintaining personal wellbeing throughout the latter stages of adult life. Also just listening to music can be a source of positive emotions, relaxation and mood regulation for older adults.

Music has also been used for therapeutic purposes for millennia. There are thousands of years old frescoes depicting harp-playing priests and ancient Assyrian cuneiform writings showing that music was used to ward off evil spirits. The Greek philosopher Plato believed that music could slowly build up the psyche and his student Aristoteles credited  music for its cathartic properties. In the Middle Ages, the musical prescription to cure gout was alternating sounds of flute and harp. Go figure. The magical nature of music in healing started to diminish as more research was done. For example in the beginning of the 20th century the beneficial effects of music were noted in the context of surgery; anxiety of patients was reduced and they tolerated anesthetic better when a phonograph was playing in the operating room.

Modern studies have shown that when used along with conventional rehabilitation methods, music enhances the treatment of patients with Parkinson’s disease or stroke and decreases the behavioral disorders of dementia patients. Listening to music daily can notably improve motor functions and cognitive actions and the effects can last for months - listening to music can actually be seen as changes in the structure of the brain. The rehabilitative effects seem not to be dependent on one’s previous acquaintance with music. Since music activates many areas of our brain, it is a great tool for alleviating many emotional, cognitive and communicative symptoms of different conditions.

Life with music is better

The ability to perceive and produce music is part of human nature and it has been present in all known cultures since the dawn of time. It is likely that our brains have evolved to process music in a specific way and therefore it is no wonder that we respond to it so strongly on so many levels.

So if you do not have a musical hobby, don’t hesitate to take one up! Go to singing lessons - I bet you have a great voice, once you get it out with confidence. Or start playing the instrument you have always wanted and form a band. Maybe saxophone, guitar, bagpipes or kantele would be the right channel for your expression? If these don’t seem like your mug of moonshine, maybe you could dive into the world of electronic music? Get free software with some juicy sounds and start making some cool beats or ambient textures. You can also start listening to more music as part of your everyday mundane tasks; while cleaning the house, washing the dishes, walking to the store, exercising… The list goes on. Get some listening inspiration here.

If you already have a musical hobby or do it as a profession, great! Keep it up! If you have music that you've released, playlist them so other people can also enjoy your music.

Let’s respect music, let’s marvel at its spectrum of effects on individuals, communities and cultures and nourish our brains with it. It is not just sound, it is so much more.

Laukka, P. (2007). Uses of music and psychological well-being among the elderly

mixed-methods exploration of impacts on wellbeing.